5 replies to this topic

Its for a mate on facebook, he has said...

It was about 15 years ago he played it in a pub. It had a double trail one left side run up to the features and one right side run up to the cash as I say left trail was pink or red and right tail was blue am sure. The number on the reels were blue and pink to run up each trail. 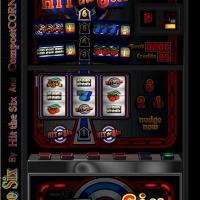 Was it a normal pub machine or casino type, first thing I thought of was classic super streak because that was pink and red but wasn’t arrows

Yeah a normal pub machine. Al see if it was each way nudger but that wasnt the one a had in mind

Hitthesix you got it in one. Thanks man. Hes over the moon. Hes trying to find one to buy now 😂 thanks again

No worries, he should sleep at night now.

Back to Any Topic Chat


0 user(s) are reading this topic