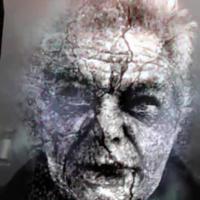 ...to follow on from Geddy's great service (I know because I have used it in the past) I have listed below the links to those two items that he DOESN'T support in the DVD service:

Hope it all helps!

Maybe you've used up your weekly limit if there's still one on here. It all depends on how large the files you're downloading, it's normally around 5 layouts a day equal to 35 A week. Maybe pm a mod or admin about it.

As you know, if you donate towards Fruit Emu's upkeep you get better rewards in regards to downloads etc...

...maybe worth thinking about 'letemin'?

Happy birthday Alan mate... I'm so pleased everything as been good for you recently and I hope it remains today and for the future too

What a brave and courageous young man...

...who's packed and done more in his short, painful life, than many of us can do in a long-fulfilled one!

Be at peace young man x

...my goodness - it is you who has been doing all the spamming then with nearly 2,000 posts this last week!

Hi there... better late than never introducing yourself and we're glad you've stuck with us here at Fruit Emu.

Your idea to do things with sample sounds is a very interesting and exciting idea and I'm sure many members here within our FME community will love to know how it progresses, as will we here in the staff too - no matter how you contribute in FME, it is the taking part and the passion for FME within our community that matters the most in my opinion.

I think things have become a bit confused, unfortunately.

...yes and I have deleted my post accordingly - I'm sorry about the mix-up reading your post adb - there have been quite a lot of posts to get through today!

There really isn't anything I can do about that, by default the software allows me to log in as any user, giving me access to everything that user can see. It's useful when a member has problems with access to certain parts of the site, but unfortunately it's rather too powerful by default.

You could contact the developers of the board and let them know how you feel:

So a warning to all our members (and Moderators here too)...

...I think you've made your point quite clear about how you feel about me, the site and the Moderating team DC  - and I think it is best if we let's just leave it there now.

Oh dear. It seems I am now getting warnings from moderators.

Didn't think it would take long.

As such I've had to acknowledge a load of f*****g bollocks just to be able to post again.

To that I say this.

I came back here wanting to put in effort to help along an FME scene that, let's f*****g face it, was dead on its arse.

I did not come back to get into petty politics with moderators who think that they run a scene. You don't, you're just a bunch of self appointed c***s. Your moderation will get the FME scene nowhere, it's all in your head.

So go ahead and ban me. Because after all, that's what FME is all about isn't it? pushing and chasing people away. The actual people who do all of the hard work and supply the FME scene with stuff.

Ironically this is all kicking off because some one keeps basically stealing layouts that I had already made for the FME scene. And even more ironically I am making more layouts for a scene yet I am getting warnings and being bullied.

And it's always been the same. There's a little crew of individuals I like to refer to as the f***wit spite krew. This little krew think they are the FME scene. The sad part is that they do absolutely nothing whatsoever to contribute to FME at all.

All they do is go around like a bunch of f*****g mall cops dishing out warnings.

Go f*** yourselves. It really isn't hard to simply create another forum and appoint no douche bags. The thing is, here we go again huh? The same sad stupid bunch of individuals forcing all sorts of bullshit to happen. But then that's life,isn't it? some stupid #@#@#@# always wants to be in control.

So go ahead and use your little ban button. Kudos if it gives you an erection, like. And watch how the FME scene loses out again.

I am 'approving' this DeathClaw just to put the record straight here...

...I have never had a gripe with you and will continue not to have either - I have always tried to stay 'neutral' in all the arguments throughout the decade of FME going and will continue to try to do - but that doesn't mean I haven't got an opinion.

) but joking aside, and in all fairness, the Admin/owner of the site, who has total neutrality to all the FME scene as he isn't even involved in it has made it clear that despite attempt for you to moderate some of the abuse and language you've directed to some of members had been ignored.

I'm not getting into an argument with you over this, because as you know me from other forums I try and get on with everyone, but I'm afraid we have all (and I mean ALL)  been guilty on way or another here at Fruit Emu of going beyond what can be good manners and decency, and we have decided to take firmer action with this as a Moderating team... which we are now trying to do.

Please accept what has happened, by looking back at some of your posts recently and following the language and content and you will see why this action has been taken against you - it can be lifted - but it has to to take will from both sides to do this mate, and I know that you do understand and see where I am coming from on this... so please, think hard on your actions and thoughts before implementing them to a post...

...this isn't Fruit Forums after all!

Thank you for all you're doing for the FME community again Geddy... it is good to have you back on board, no matter how long it lasts!

Do you reckon Chris will threaten to release MFME v578 or whatever it is now once Guitar has something close?  Hehe..... poor Chris - so predictable....

…so as a ‘thank you’ for all the love and support you've shown my Mam and I through our journey - I’d like to remind you of this new advert for ‘Dementia Friends’ that has just been released ( samson81 - you’re a star mate!  x )

I do hope the integration of both emulators does happen.  I know Guitar is keen to do the older techs and KC is keen to do the newer ones.  So in a year or two, we really could have the emulator we always wished for.  Only without all the arguments, grief, backstabbing, blackmail etc etc.

NQ - you just know it wouldn't be FME at all if we never had that - we will probably always have that...

...the only difference is - thousands of members will not be held to ransom anymore, if and when these combined emulators are released, by just one coder who thought he was 'God'!